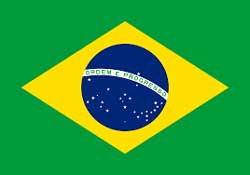 How to determine residents and non resident taxation in Brazil

Nutralised Foreigners with a permanent visa or a temporary visa and a local work contract or who live in Brazil for at least 183 days in the year are considered as residents.

Resident taxpayers are taxed on their worldwide income, unless otherwise agreed in a tax treaty. Non-residents of a non-treaty country are liable for a flat rate 25% tax on their wages earned in Brazil and 15% on their other income.

What are the deductions and Tax Credit allowed in Brazil

The following items are deductible while calculating monthly tax liability

Some deductions, such as those for dependants, alimony, and Brazilian official social security contributions are allowed on monthly basis

15% is the flat rate of Capital gain tax. Transactions below BRL 35,000 is exempt in each month.

Medicare Levy is not applicable to Foreign residents

All the expenses necessary for company activity are deductible.

Taxpayers may also elect for a standard annual deduction of 20% of taxable income, capped at BRL 16,754, instead of itemising deductions.

Exemptions and reductions of corporate income tax are provided for businesses in certain less developed areas.

Foreign tax credit is available for resident companies on foreign income tax paid, generally limited to the amount of CIT and SCT on the foreign income.