Offences under IPC
An offence generally denotes a thing, act or omission made punishable by law. e.g. if someone steals mobile phone of another, he is said to have committed an act of theft. If somebody drives a car and fails to take care of the safety of others and causes accident, he becomes liable because of omission. Punishment by way of compensation for injury of loss caused to the aggrieved person is the relief against an offence. Punishment for offences including offences against person and property has been provided in Indian Penal Code (IPC). There are several Special Acts providing punishment for particular kind of offences. e.g. POSCO, Negotiable Instruments Act etc.

Investigation under CRPC of an offence
Investigation of a Crime starts with recording of FIR (First Information Report) with the Police. Procedure for recording FIR, investigation and enquiry are according to CRPC. After investigating the matter, Police presents challan in Court in the form of a Report under Section 173 of CRPC (Code of Criminal Procedure, 1973). If police registers a case or records FIR and begin investigation, the case proceeds as 'State Case'. Before the investigation is conducted by the Police, they must have information or knowledge of commission of crime. There is procedure as to inform the police about commission of a crime.

Private Complaints with Magistrate
If Police refuses to register a case or record FIR, the victim can approach the court and file Private Complaint. In such matter the case becomes a 'complaint case'. In case of Private Complaint the Magistrate conducts enquiry before issuance process to the accused. Procedure for filing of Private complaint, investigation, inquiry and trial are as per CRPC. Complaint is an allegation made to a Magistrate with an intent to take action against the offender. Complaint may be made orally or in writing. The information given to police only for the sake of information and not for initiating action, is not called a complaint.

Cognizable offence
As per Section 2(c) of CRPC, cognizable offence means and offence for which a Police Officer may arrest the accused without Warrant. e.g. If one person causes hurt to another person by dangerous weapons or means, the persons commits a cognizable offence. In such cases the accused can be arrested by a Police officer without a warrant by following the due process of law for the time being in force or in accordance with the First Schedule appended to the CrPC.

Non Cognizable Offences
As per Section 2(1) of Cr PC, Non Cognizable offence means an offence for which a Police officer has no authority to arrest without Warrant. e.g. if any person voluntarily causes simple injury or hurt, he commits a non cognizable offence. In such cases the accused cannot be arrested without warrant.

Police Report
Police Report is the report submitted by Police under Section 2(r) of CRPC after investigating into the matter with a disclosure of commission of a cognizable offence. However when the Police submits such a report to the effect that investigation has disclosed commission of a non-cognizable offence, such report is treated as a complaint and police officer after making the same is treated as a complainant under Section 2(d) of CrPC.

Final Report
Whenever police submits a report, after investigating into a matter, that investigation has disclosed commission of no offence at all, such report is generally called a final report.

In most of the places in India, there is the facility to give information to Police about commission of crime, through Police Control Rooms, i.e. PCRs by dialing No. 100. As and when the PCR staff receives a call at No. 11, information is required to be recorded in the PCR form available with the PCR staff. The information will be forwarded to the local police. The local Police in turn records the information received from PCR in a Daily Diary Register. Then further steps are taking for enquiry or investigation into the matter. 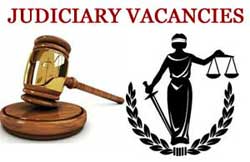