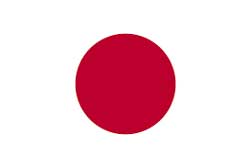 For Employment income the following deductions are allowed 2017 onwards

Persons having a domicile in Japan and persons having a residence in Japan for one year or more are termed residents. The worldwide income of residents, regardless of the location of the source of income, is subject to income tax.

Residents having no Japanese citizenship and having a domicile or residence in Japan for five years or less within the period of ten years are non-permanent residents. The scope of taxation for non-permanent residents corresponds to that for residents, but tax will not be assessed in Japan on income sourced outside Japan as long as that income is not paid within Japan or is not remitted to Japan. However, the salary paid based on the work in Japan is applicable to domestic-sourced income even if it is paid outside Japan, and income tax will be assessed summing the salary paid within and outside Japan.

Persons who are not qualifying as residents are termed as non-residents.

The following income of residents are subject to withholding tax:

The following income received by companies are subject to withholding tax

Residents Working and living in Japan

Note 1. Small and Medium sized enterprises should meet all the three conditions:

- Offices or factories located in up to two prefectures.

Note 3. Enterprises other than small and medium-sized enterprises are the enterprises with the paid-in capital of over 100 million yen and offices or factories located in at least three prefectures. The effective tax rates for these enterprises are calculated using the standard tax rates.