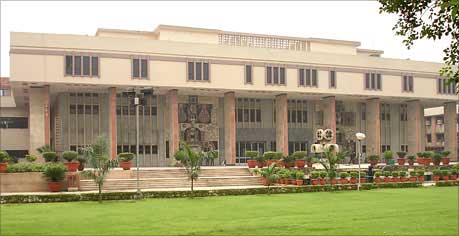 The High Court of Delhi modified the direction given to subordinate courts vide Judgment dated 14.01.2015 in Kusum Sharma V. Mahinder Kumar Sharma in which the court had laid down the guide line for expeditious hearing and disposal of maintenance applications under Section 24 of Hindu Marriage Act.

Justice J. S. Midha has passed order modifying the direction given on 14th January 2015 and directing the subordinate courts to display on their notice board the new direction by 21st December 2017. The High Court sought the response of the Courts below on the working of the guidelines and further suggestions. On 29th May, 2017, the guidelines were partly modified. Further suggestions have been received from the learned amicus curiae as well as the Family Court which warrant further modification of the guidelines dated 14th January, 2015 and 29th May, 2017.

The court modified its earlier direction by taking into consideration the following points:

- the affidavit of assets, income and expenditure may not be necessary in some cases, such as cases where the respondent agrees to pay the maintenance without contesting the application for maintenance or where parties belong to the lowest strata of the society

The Court said that:

"On careful consideration of the suggestions of the Family Courts and the learned amicus curiae, this Court is of the view that the affidavit of assets, income and expenditure should be filed simultaneously by both the parties, after completion of pleadings in the maintenance application, to
avoid any undue advantage to the party who files his/her affidavit of assets, income and expenditure later. The simultaneous filing of the affidavit after the completion of the pleadings in the maintenance application would also give reasonable time to the parties to prepare their affidavits and compile the relevant documents and would avoid the delays.


The court further said that :

"..The Family Courts shall display on their Notice Board by 21st December, 2017 that the affidavit of assets, income and expenditure is not mandatory to be filed along with petition or written statement."

The order passed by the High Court of Delhi contains modified directions dated 6th December 2017 and Annexure A1 - Format of affidavit of assets, income and expenditure to be filed by both the parties.

No reason mentioned in High Court order for rejection of bail, Supreme Court remanded back the case to Rajasthan High Court for deciding bail application afresh